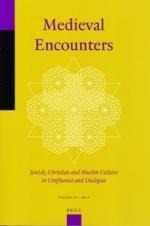 This article reexamines the idea prevalent in existing historiography that Jews were accused of well poisoning before 1321. It argues that the historians who studied the origins of such accusations were misled by sources written in the early modern period to think that Jews were charged with well poisoning as early as the eleventh century. However, a careful analysis of the sources reveals that there is little reliable evidence that such cases happened before the fourteenth century, much less on a large scale. Thus, the conclusions of the article call for a new chronology of well-poisoning charges made against Jews, starting closer to the fourteenth century.
Last updated on 01/13/2019