♦ Neta Bodner accepted the position of lecturer in the Department of Language, Literature, and Arts at the Open University of Israel, Ra’anana.

♦ Aviya Doron was selected as a graduate fellow for the Azrieli Foundation Fellows Program for the years 2021-2024.

♦ Andreas Lehnertz was selected for the Martin Buber Society Fellowship, Hebrew University, for the years 2020-2024.

♦ Andreas Lehnertz was the recipient of the 2020 Ephraim Elimelech Urbach Postdoctoral Award from the Memorial Foundation for Jewish Culture (New York).

♦ Aviya Doron was awarded an Aron Menczer Fund research grant from the Center for Austrian Studies at the Hebrew University.

♦  Nureet Dermer received the Paul Demarais Center for the Study of French Culture Award for excellent doctoral students by The Hebrew University of Jerusalem’s European Forum.

♦ Aviya Doron was awarded the Mendoza Prize by the Department of Jewish History, Hebrew University.

♦ Aviya Doron has been selected for the Leo Baeck Fellowship Programme for the academic year 2019-20.

♦ Adi Namia-Cohen has been selected as a PhD fellow for the Scholion research group for the years 2019-2022-  "Setting Tables: Eating, Social Boundaries and Intercultural Transfers".

♦ Dr. Tzafrir Barzilay was awarded the Kreitmann post doctoral fellowship at the department of Jewish History in Ben Gurion University of the Negev.

♦ Ariella Lehmann was awarded the Erich and Otto Dov Kulka prize for her M.A. thesis.

♦ Dr. Neta Bodner received an outstanding teacher award from the department of Art History at the Hebrew University.

♦ Miri Fenton has received a doctoral grant from the Memorial Foundation for Jewish Culture.

♦ Dr. Neta Bodner has received a post-doctoral fellowship from the Hebrew University.

♦ Miri Fenton has received the Nathan Rotenstreich doctoral grant, awarded by The Council for Higher Education.

♦ Nureet Dermer has recieved the Gerstenfeld-Wolf Prize, awarded by the Department of Jewish History and Contemporary Jewry at the Hebrew University, for her M.A. thesis.

♦ Etelle Kalaora has recieved a scholarship for language exchange program at the University of Vienna from the Center for Austrian Studies at the Hebrew University.

♦ Nureet Dermer has received the Kurt Grunwald Prize for her M.A. thesis.

♦ Adi Namia-Cohen has received a scholarship financed by the Israel Science Foundation for a research project directed by Prof. Daniel R. Schwartz.

♦ Prof. Elisheva Baumgarten was appointed as the 2017-2018 George William Cottrell Jr. Member in the School of Historical Studies at the Institute for Advanced Study in Princeton.

♦ Miri Fenton has been selected for the Leo Baeck Fellowship Programme for the academic year 2017-18.

♦ Prof. Elisheva Baumgarten is a recipient of the 2016 Michael Bruno Memorial Award presented by the Israel Institute for Advanced Studies. The Bruno Awards are presented each year to Israeli scholars and scientists who display exceptional promise, and whose achievements to date suggest future breakthroughs in their respective fields. See 2016 Bruno Awards.

♦ Dr. Tzafrir Barzilay has received the 2017 Robert Wistrich Prize, granted by the Vidal Sasson International Center for the Study of Antisemitism, for his doctoral dissertation.

♦ Miri Fenton has received the 2017 Ministry of Absorption Matching Grant for Doctoral student.

♦ Miri Fenton has received the 2016 Ministry of Absorption Matching Grant for Doctoral student. 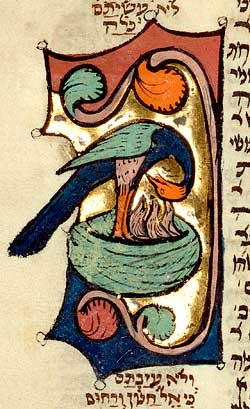