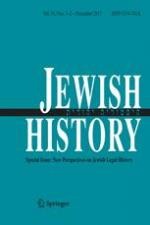 This essay examines similarities between the Hebrew chronicle of Shlomo bar Shimshon and the Latin chronicle of Albert of Aachen. Both sources describe the massacre of Rhineland Jews during the First Crusade and the subsequent defeat of the Crusaders by the Hungarians and the Bulgarians. On the basis of similarities in structure, content, and language between these two accounts, I argue that Shlomo chose to integrate at least one Christian source into his narrative. At the same time, I assert that it is unlikely that Shlomo’s Hebrew account was translated directly from Albert’s Latin chronicle. I present evidence indicating that the information conveyed in the Latin text reached the Jewish chronicler via vernacular channels, either oral or written.