On Monday, May 14, we visited the city of Trier. We were guided by members of the Arye Maimon-Institut für Geschichte der Juden, and were honored to be accompanied by the institute's founder, Prof. Alfred Haverkamp, and Ms. Haverkamp. We started our day with a view of the city from the neighboring hills, where Prof. Cristoph Cluse and Prof. Jörg Müller explained the urban development of Trier from its Roman founding through its medieval history, demonstrating the importance of Trier's Roman past in shaping its medieval daily life. Mr. Jörn Christophersen then guided us on a tour of the old city. He showed as the unique ancient and medieval buildings of Trier, including the Constantine Basilica, the medieval Cathedral, the Jewish Quarter, and the central marketplace. After the tour, the Maimon Institute at Trier University hosted us for the afternoon, where we learned about the important and wide-scale project of collecting, transcribing and digitizing archival documents pertaining to Jewish life in the High and Late Middle Ages that their research group is undertaking. We were highly impressed by this project and were inspired by possibilities of future collaboration. 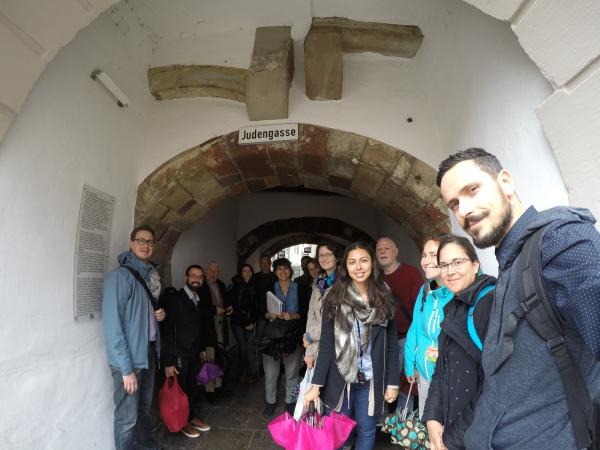 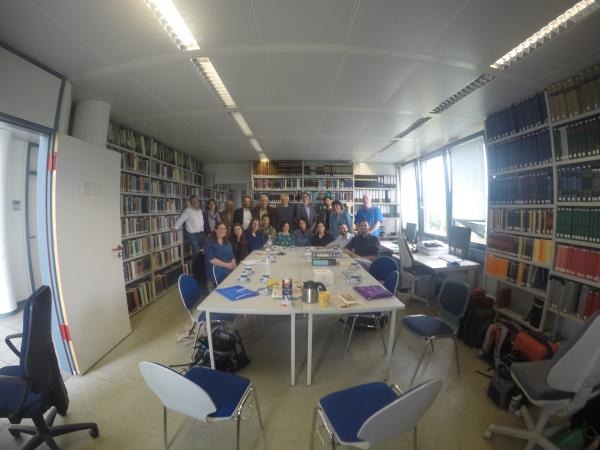