We began our third day in Worms with a wonderful walking tour led by Prof. Eva Haverkamp, during which we encircled the old city, returning through the Judengasse, before walking to the cathedral. We were fortunate to have Prof. Haverkamp explain not only the intricacies of the city layout, highlighting points of connection between Jews and Christians in the city, but also the significance of the graveyard, synagogue, and mikveh in Worms. We were particularly lucky to have Prof. Haverkamp's insights into the layout of the graveyard and its position in the city. Following our walking tour, Gerold Bönnen introduced us to the city archives of Worms. He especially selected presented a range of documents and photographs spanning from the early middle ages until the mid 20th century. We then traveled, with Prof. Haverkamp and her students, to Speyer, where we resumed our walking tour along the central road leading up to the Speyer cathedral. We then turned onto the Judengasse and entered the synagogue and mikveh complex, where Prof. Haverkamp explained the archeological, architectural, and historical aspects of both monuments. We were lucky enough to enter the mikveh and even touch the water, getting a sense of its grandeur, before ending our day with a visit to the magnificent, monumental Speyer cathedral. Walking through Worms and Speyer, two cities of deep significance to medieval Ashkenaz and central to our research, gave us an invaluable sense of the spatial realities of everyday life, both as regards intra-communal activities (prayer, immersion, burial rituals), and in terms of live lived in and amongst Christian neighbours. 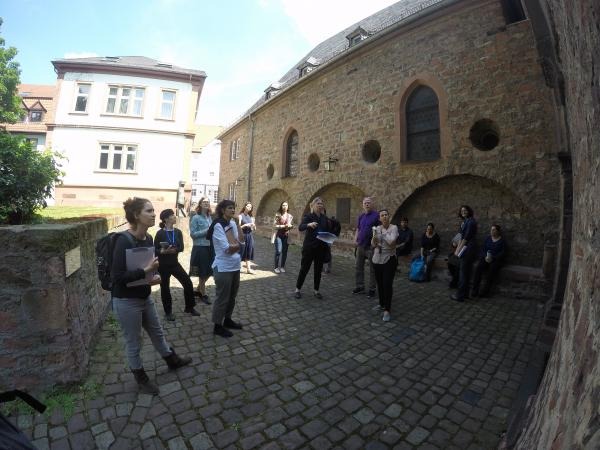 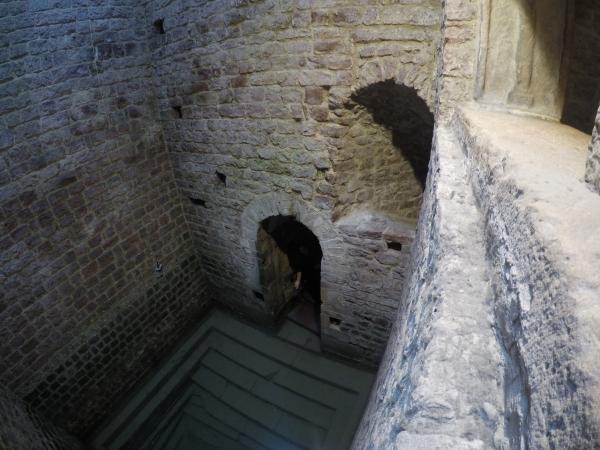