In Friedberg we had the chance to encounter a city that was founded in the high Middle Ages in the early thirteenth century. Built to the south of a pre-existing “Burg” (with Roman roots) the city still maintains its medieval layout and general dimensions. We studied historical maps to understand how the city expansion progressed both in terms of walls and institutions, noting how the Jewish quarter was nestled between the Franciscan cloister (1249), the Augustinian cloister (1260) and the city’s church (likewise 1260).

We walked to the Gothic church, founded in 1260, and from there to the nearby Jewish quarter. Through these walks we saw how closely knit the community’s public buildings were: standing on the remains of the lost synagogue we had an unobstructed view to the whole “Judengasse” and the entrance to the community’s Mikveh. We noted also how the Jewish settlement area is at the meeting of the city with the outskirts of the ‘Burg’. The city and the ‘Burg’ were two separate political entities, at odds with each other throughout the Middle Ages and waging an open competition for power, influence and funds throughout the decades.

In preparation for our day in Friedberg the ERC group held a workshop in Jerusalem to study aspects of ceremony and movement in Jewish medieval liturgical texts. We prepared a short entrance ceremony to the church and then to the Mikveh in order to think about the ceremonial potential of these Gothic buildings during religious ceremonies. Friedberg houses the deepest of all the known medieval Jewish ritual baths (Mikvaot), twenty-five meters deep, and we wanted to replicate something of the power of liturgical use of the space. Having received permission to enter the building with no artificial lights, in dim daylight seeping in from an oculus in the Mikveh shaft, the group descended in solemn silence, with a single member singing psalms and leading the procession downwards towards the water. Special permission was also given to reach the water level, allowing us to really replicate something of the long walk from the street to water level, thinking of the potential for experience this space could have held on high days of the Jewish liturgical year such as Yom Kippur. 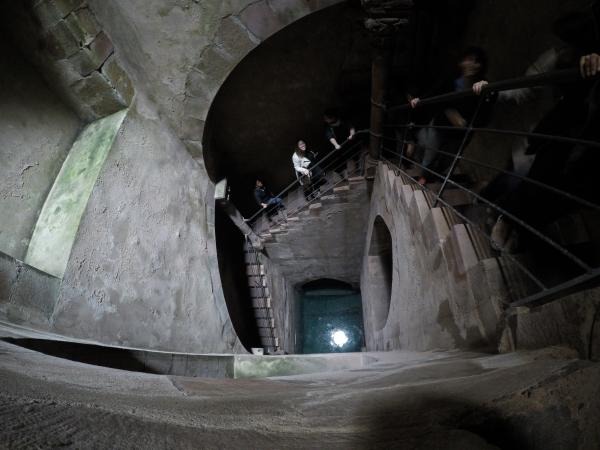 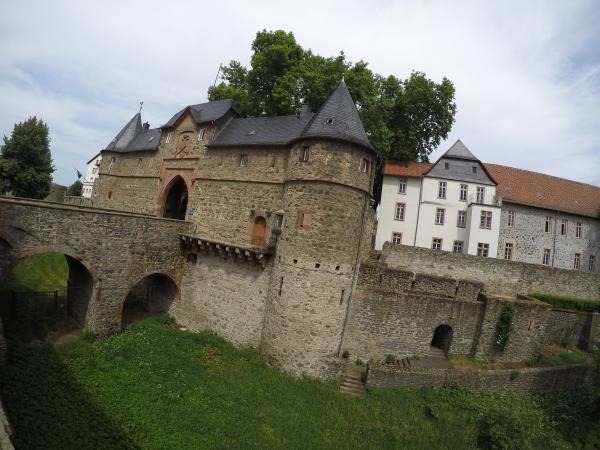